Review of the Year

It's been a good one. I tried to count up how many individual pieces of work I'd had published and it was around 75! That is astounding. Amongst the best:

First Love took an Honourable Mention in the Binnacle Competition

Every Day Fiction has taken Closer to the Truth for The Best of... 2009

A man of Few Words Anthology had one of mine.

Work by Oonah V Joslin appeared in every Quarterly Review of Bewildering Stories for 2009 and they have taken my Genie of the Jam stories which hopefully will be up in 2010.

I also completed my first year as Editor of Every Day Poets and I'm very proud of that. I've learned a lot in a year.

You never know what a year holds but I hope 2010 holds Health, Happiness and Success in all your endeavours - and of course mine too :)

John Hurt played it with style

I really enjoyed this evening with Quentin Crisp - An Englishman in New York :) John Hurt plays him so well there really is no barrier to belief. And he plays him with great humanity, which was a mark of the man himself. I remember seeing QC on stage some 30 years ago and it is a night I have never forgotten.
Posted by Oonah at 15:02 No comments: Links to this post

Ghosts in the Snow 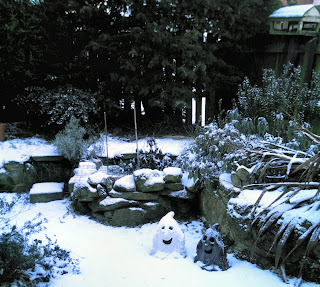 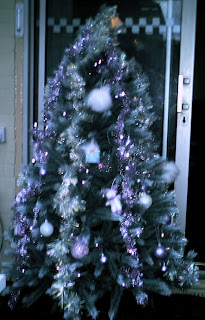 Song of Everything is at Every Day Fiction today - a lovely little Christmas parable which I hope will be enjoyed.
And I would appreciate it if anyone can tell me why suddenly I can't place my urls in the text box! It make this site less then useless as a place for posting multiple links! :(
Posted by Oonah at 04:00 No comments: Links to this post

Dream of Lost got in this quarter and there's work from friends John Stocks and Jennifer Stakes too so check it out!
Posted by Oonah at 01:46 1 comment: Links to this post

The Green Reaper is up at Micro Horror

and I'll post the url as soon as this site will let me but visit at www.microhorror.com and look in the list for now :)

And I'll leave it to you to decide which came first - the bourbon or the tree...
Posted by Oonah at 03:12 No comments: Links to this post

Prepare to be cosy 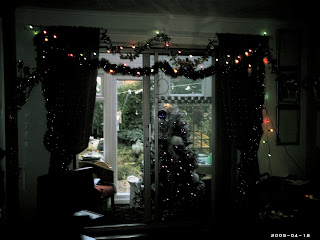 I trimmed the tree and put up lights and prepared to be cosy for the wee dark days before Christmas
Posted by Oonah at 15:50 No comments: Links to this post

This reply to a contributor from Camille, flagged up something I didn't realise was happening.

PAY PAL changed their fee structure without notifying anyone and has been skimming off $0.30 plus 2.9% of the paid amount. This was not the case when Every Day Poets was launched, We would love to walk away from PayPal altogether, but at the moment it’s really our only option for making payments in international currencies and is materially affecting both our operating costs and our business processes.

When did this start? I have to say I'm really disgusted. Mind you, if payment is made by cheque, it's the same story. So every way we look the 'bankers' win!
Posted by Oonah at 00:55 No comments: Links to this post

Once more unto BwS

I have a flash fiction there this week called Tranparency. Now the really interseting part is, it was inspired by reading around the subject of water on the internet. I sincerely hope that these two characters do not exist and are not carrying on such a synical conversation in an office somewhere in the developed world but they were born out of research and that's scary! I'm sure you'll agree...
http://bewilderingstories.com/issue364/transparency.html


misconception
www.staticmovement.com
The finance free Christmas was Gran's idea. Instead of exchanging things wrapped in paper, they would exchange wishes and that would cost nothing. So for a start, everyone contributed something to the dinner. ...
Posted by Oonah at 04:51 No comments: Links to this post 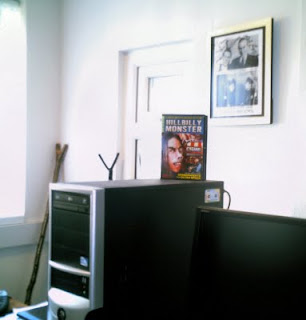 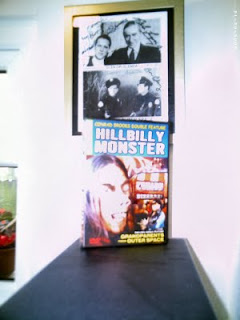 A photo signed to me by Conrad Brooks that also carries the signature of Bela Lugosi amonst others which delights my husband!
and
DVD - Hillbilly Monster and Grandparents from Outer Space - oh yeah! :)

Thank you to Nathan Rosen for once again sending such unique prizes and th Conrad who donated them. They are in my office to spur me on to greater efforts.

It was frosty here this morning. Our first frost of the winter. 1st Dec and everything white :) Last year, we were coming back from Manchester and Leonard Cohen. Is that really a year ago? A few more to come this month. Keep checking back. Oonah

Misconception sometimes people miss the whole point of Christmas
misconception
www.staticmovement.com
The finance free Christmas was Gran's idea. Instead of exchanging things wrapped in paper, they would exchange wishes and that would cost nothing. So for a start, everyone contributed something to the dinner. ...

Transparency is my latest story at BwS http://bewilderingstories.com/issue364/transparency.html

A Dream of Lost a nightmare really, is described in this poem at BwS http://www.everydaypoets.com/decembers-table-of-contents-2/

The Damage is up at Dorsal here http://www.iceflow.com/doorknobs/DOORBODY2.html and it is in good company :) My friend John Ritchie is also in Issue 56 as a winning entry!
Posted by Oonah at 06:52 No comments: Links to this post