A Horror a Day Keeps the Horrors Away -- 3 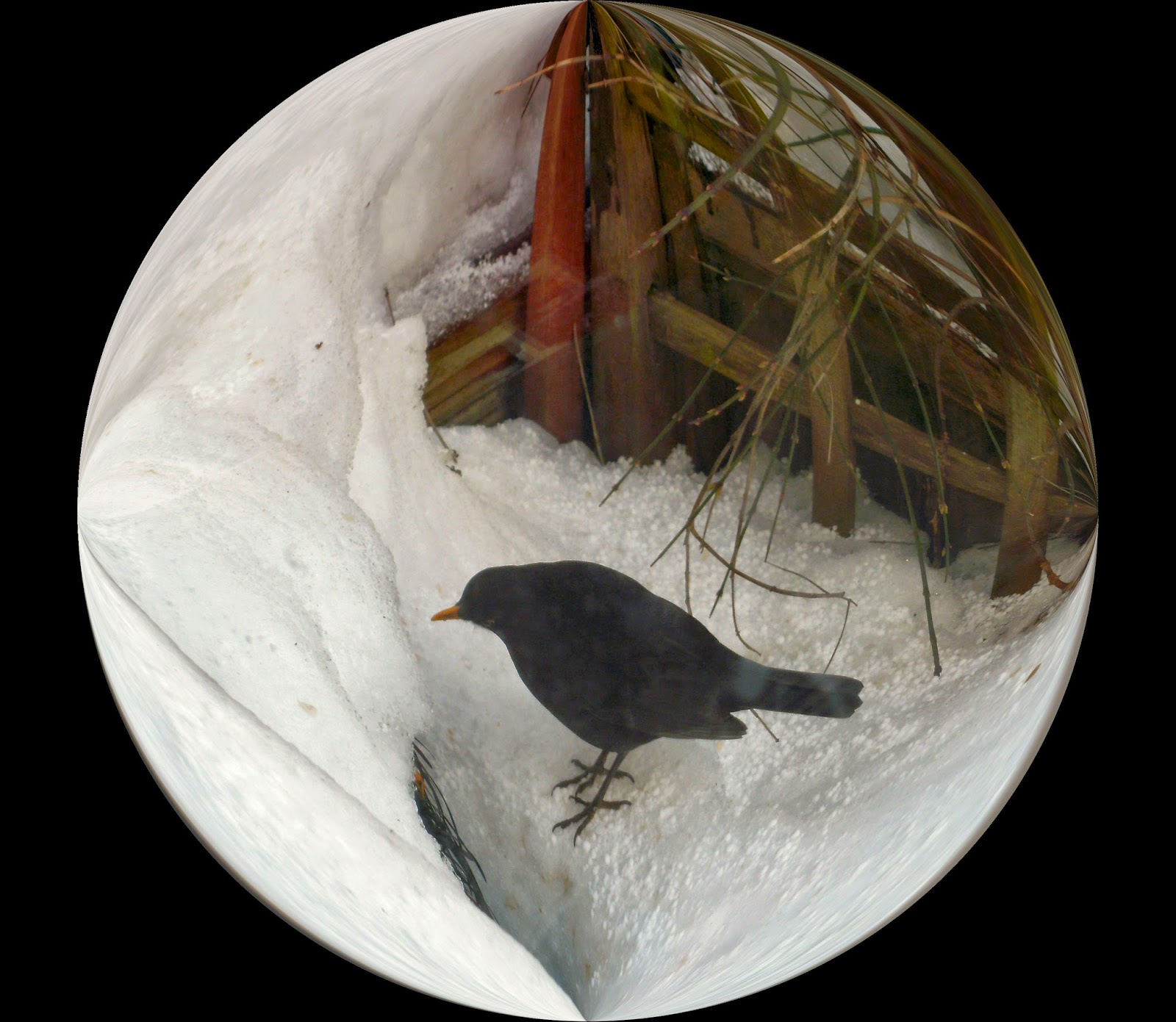 I was watching a TV programme the other week, austensibly it was about -- There you see? I can't remember what it was about because there was so much music covering every image and every explication that it turned into a kind of game of 'Name that Tune' for me or 'These You Have Loved'. There was Grieg, Beethoven, Massenet, Berlioz, Rodriguez... the playlist went on and on and I have really forgotten the content!
Sometimes you even get asked, "What do you listen to when you are writng?"
Silence! How else would I concentrate on writing? It's like asking:

What newspaper do you read while you're making love?

Modern life is like that. Our lives are so full of busy and so full of things and so full of noise that we don't notice the content, the richness, the patches of paucity, the textures of life. It's called Constant Partial Attention but to me it just seems like lack of appreciation of the moment, the person, whatever is there to be attended to. And that is the thought behind this piece of writing.

The title is deliberately in capitals and spaced. It can be read as 'avoid' or 'a void' because it is about the void and the lengths we all go to, to avoid it -- space to think, space to move, space to be yourself.

Take a little space to yourself and read this aloud, softly, slowly. Savour the voice from the void.

I wrote in it the second person which is risky. It can come over as preachy. I know this didn't because I have read it aloud and the audience was totally silent and a bit spooked out. Most, I have to say, took it to be a prose poem. It is rather cross genre but then it is a voice from the VOID: not as in STV:Night, the void out there, a favourite episode of mine. No this is the void we all inhabit and are. The vast quantumness that is all around and within. To a Neutrino we, our planet and our whole solar system is just a collection of particles and force fields that it passes through. My body is insubstantial at that level. I am just another part of the forces of this universe. I love physics! I think it's rather a comfort in a way to know that all our molecules belong in this vast ocean universe. But that is not ALL we are -- otherwise how could be be AFRAID?

and now a little clip from NIGHT.


Do one thing at a time today and enjoy each process and savour each moment.
Posted by Oonah at 03:17 No comments: Links to this post