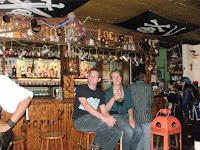 This place has mixed reviews and I can see how it could vary according to what's going on there but we were there to hear Pirates for Sail. 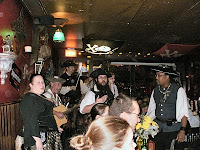 and Congratulations on the expected addition to your family X
The band was great, the ambience was great and the food was great. The Steak on a stone was incredible﻿﻿﻿ and I loved the decor. We met Jennifer and Fred that night too which was a real joy to me, as I'd known Jennifer on-line for about two years.
It was a pity Jenesta wasn't well and couldn't be there with us.
﻿ ﻿﻿﻿ Normally we'd wait inside Pratt St Shopping Centre in air conditioned bliss unti the water taxi showed up but on the 30th Sept 2010 a tornado tracked up the east coast and we awoke to horizontal rain. I went for a swim and we waited until 3pm before we ventured out and even then it was difficult to walk. Harbour One was under police cordon and the water covered all the way down from where I have indicated with the arrow. Branches had blown off trees outside The Galleries shaopping centre by the time we came out of there and we sidled into PF Chang's for some early dinner that evening to allow the wind to die down then went for a drink in the irish bar just across from the hotel. They do a 16 year old Bushmills Malt - very nice. That was a day with a difference - and it was still HOT 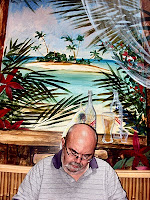 29th today. Well we went to Canton on this day last year. 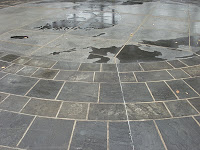 We just wandered a bit had lunch in Nacho Mama's and came back. By this time we were getting tired as we'd been on the go ever since we stepped off the plane and it was so very HOT. But we a had a relaxing day and the weather on the 30th made sure we got a good rest too! Because........?
28th September 2010 Had a swim in the hotel pool. Wandered over to Barnes and Nobel and met Zeke the zombie who insisted on immediate adoption and later starred in the MicroHorror video. We explored The Constellation, met Jenesta and Nathan for dinner at TALARA where we ate outside and I think everything on the menu - the bread pudding is to die for! Then back in the hotel we did the film in one take! And you can still see us on YouTube What a great day! 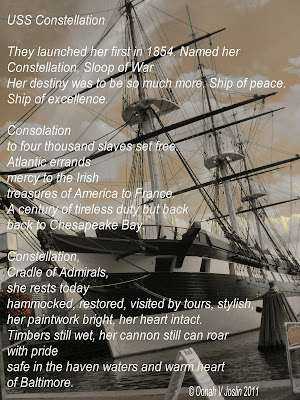 This poem was published in Modicum Issue Two
This year's microhorror competition should be coming up soom btw and I hope you'll all join in.

On 27th we set out by Water Taxi to visit Fort McHenry and take in the story of the Star Spangled Banner itself and the events that led to those words being penned. 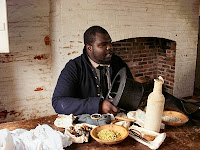 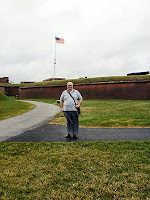 It being out of season it was quiet at the fort and a lot of the summer activity available to visitors, re-enactments and such were not on but this man gave us a full on performance of the life of a sailor in the early 19th Century despite the fact that we were his only client and he was outstanding. And here is Noel standing near the place where that flag still flew in the dawn's early light. 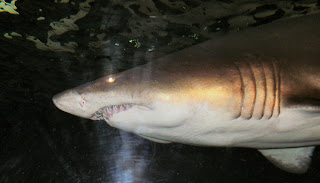 Every day this week at least one photo from a year ago. On the 26th Sept 2110 we went to The National Aquarium with Jenesta and Nathan. We spent from 10:30 a.m. 'til 5 p.m. explororing the world's oceans and I have about a hundred photos. Ever wanted to see a shark's this close up?  Or how about this friendly fellow? 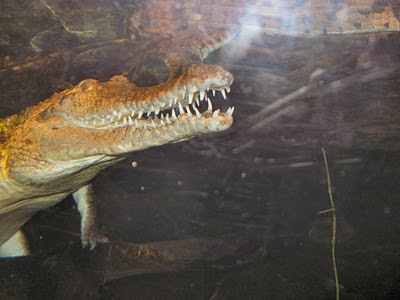 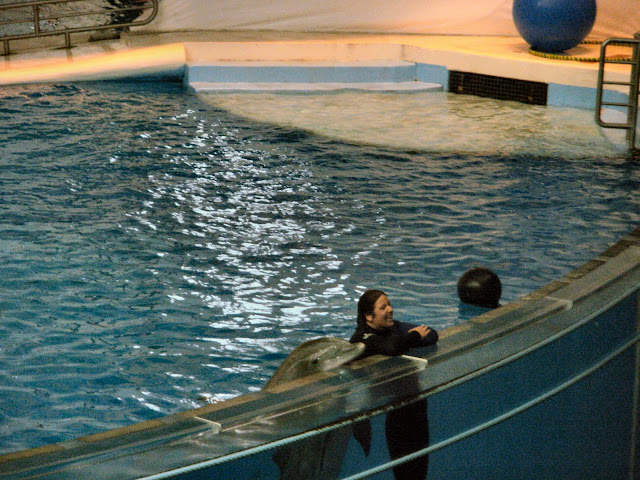 the 4D film show - yes I said 4D and the Australia House with breathtaking views and flying foxes and lots of colourful birds. A great place to spend a day. And afterwards Nathan took us to their favourite Mexican Restaurant, Mari Luna. Good food - good company! 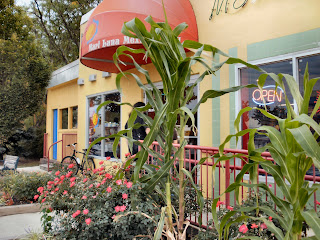 For the next three weeks I am going to take you on a little nostalgia trip to Baltimore MD and if you've never been there, I strongly suggest you visit. Forget NY, forget DC, forget San Francisco and Miami - Baltimore is the place to be :)

This time last year we were in Baltimore. We arrived there on Setpember 22nd straight from 16 to 33 degrees - it was HOT. Luckily we'd booked into a really good hotel and could turn the air-con down to the comfortable 62 degrees we wanted and put the fan on to augment the effect.
Hilton Homewood Suites S. President St. Baltimore. You are COOL. 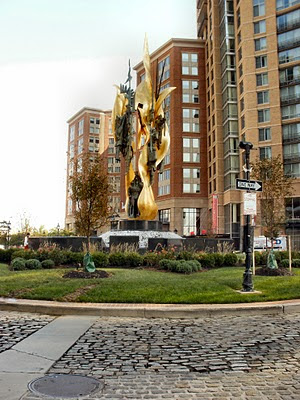 On September 23rd I had the privilege of meeting one of the poets whose work I have published and she is such a lovely person. She took us to Tea Volve where they sell all manner of teas and tasty food.
Jody Costa - lots of love x 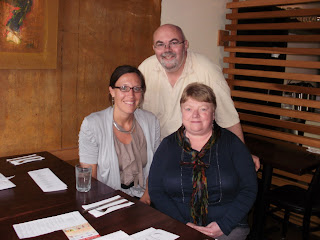 Of course we did other things that day too like taking the Water Taxi to Fells Point and having a cheese steak in a local hostelry - not the last cheese steak nor the last hostelry! In fact we've barely scratched the surface of Fells Point and will have to go back and do it properly.
DOMINO EFFECT﻿
by Oonah
Platform boats.

The Inner Harbour
peppered with eateries
salted with people
seasoned as its age-old modern self.
It smells like diesel doughnuts
Old Bay and history.
On the 24th we headed over to Lexington Market but it was so hot a day we didn't linger long. We got the Charm City Circulator free bus outside the Dental Museum and headed back to explore nearer the hotel. We discovered TALARA! HUGE MISTAKE! MAJOR TEMPTATION! But in the evening there came the moment I was looking forward to - the reason for my trip to Baltimore - NATHAN ROSEN of MicroHorror. And just as the hour struck - there was a fire alarm and all the lifts went dead so we had to walk down the 24 flights from floor 11.
I just grabbed him! I terrified the poor man! But we all went out for Crab Cakes and - well - love you two very much! 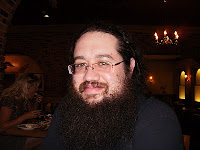 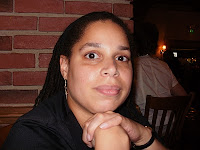 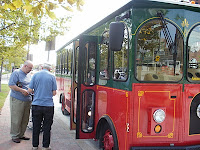 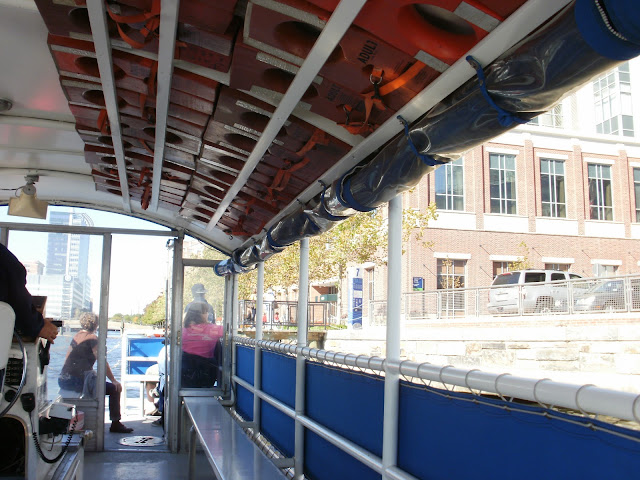 Just round the corner from the hotel - Wharf 7 Taxi Point
25th Sept and we headed over via Water Taxi to the Tourist Center on Pratt Street to take a guided bus tour which proved so informative that we used the information we gleaned from the tour guide Bob, to inform the rest of our visits during our stay. We had three weeks in Baltimore. There's so much to see and do there that three weeks wasn't enough time to pack in all the wonderful  sights but that bus tour gave us an idea of the city's many attractions and it was great just for orientation. We found restaurants that way. We found out walking routes close to the hotel, the Flag Museaum, Fort McHenry, Baltimore screens that we'd never have seen were it not for that tour. I recommend it. 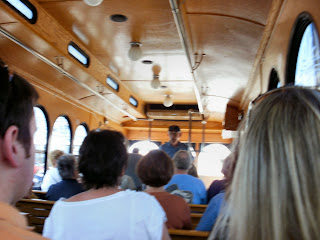 That's Bob at the front 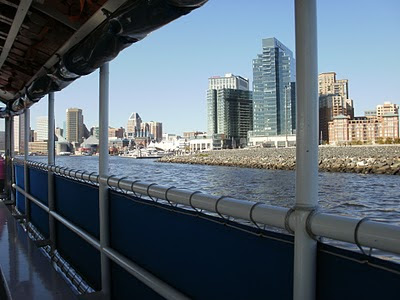 ﻿
View from Water Taxi looking towards Pratt Street, Inner Harbour 1
You can see our hotel here to the right of that grey stantion, the high rise pink brick building in the background. An easy walk away from the Pick-up point.
Posted by Oonah at 09:57 No comments: Links to this post

I stood up at the Mega Poetry Slam in Durham 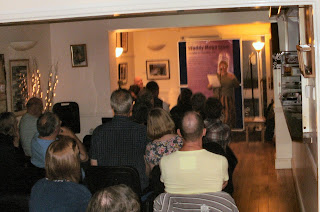 It was on Thursday 1st in benefit of a Mental Health Centre in Waddington St and 30 poets were there to take part so it was MEGA. I came second in my group of 5 and that is no mean feat for someone who has made so few public spectacles of herself.
Thank you to Amanda Baker for cheering me on and for taking this photo. 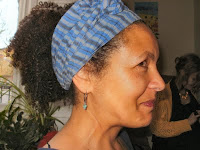 
SNAIL LOVE  be there if you can.
Amanda is a wondeful entertainer and Edinburgh Fringe Poet and FUNNY with it :)

Posted by Oonah at 07:24 No comments: Links to this post