Food for Thought for Friday -- What was I doing with a sewing machine? 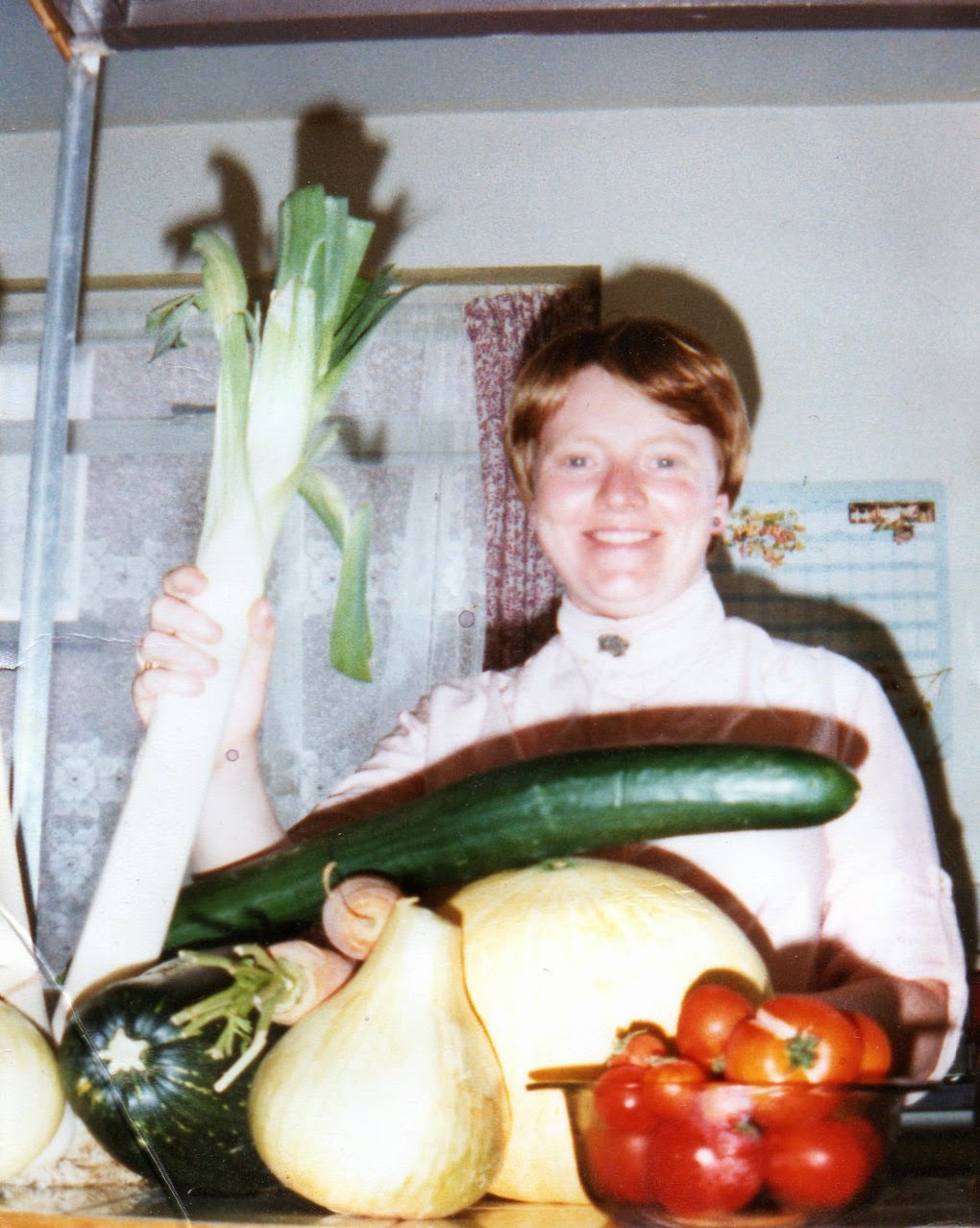 A woman about half my age with some very big veg.

I was recently having a clear-out and I decided to give away a sewing machine, which I had not used in fifteen years or so and hardly then, to a friend's daughter. A week or so later my friend came to visit me after my operation and along with some flowers, brought this crumpled photo.  It had been in the sewing machine box.

We'd gone down the The Eagle in Brynna, S Wales, our local at the time. It was August. My sister Esme was over with us on holiday and I had bought tickets for the Saturday Night Draw. One of the prizes was some giant vegetables that had won at the local show -- and here they are.

Thing is that whilst these vegetables were impressively huge, none of them had much flavour! I did my best with them and the results were edible.

I hadn't seen this photo in years. Was I ever that young? (about 30). Was my hair ever that red? Did I really wear that horrible blouse? Where did that young teacher go? She looks nice. I don't remember her very well.

I remember we watched the Perseids out the back 'til about 1 am. Lots of shooting stars. I can almost taste them.